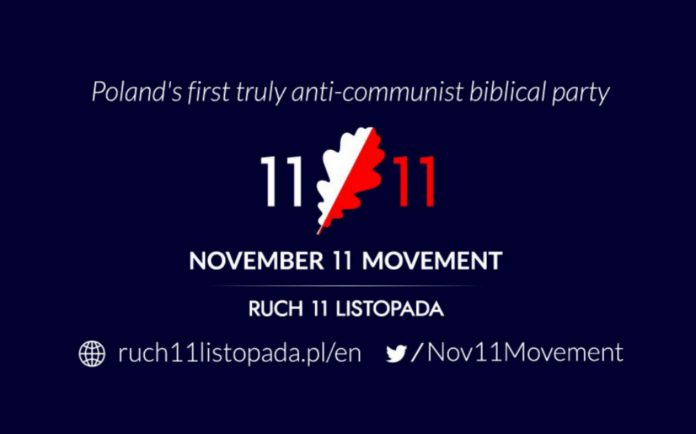 November 11 Movement appeals to the United States, as the winner of the World War II and the guarantor of peaceful post-war agreements, for assistance in obtaining war reparations from Germany and Russia

After the Second World War the United States were a superpower, and the defeat of Germany was sealed by peace conferences which Great Britain and Soviet Russia attended. In this sense, we recognize the responsibility and leadership of the United States in attaining just compensations for the wrongs that the World War II, caused by Hitler and Stalin, who jointly invaded Poland in 1939, did to the world.

Many countries and nations have already received adequate compensation for World War II thanks to the consistent policy of the United States. Unfortunately, the Polish nation was left in 1944 under the Russian occupation and has not yet received a just compensation for the wrongs inflicted by German and Russian aggressors.

In connection with this, Free Poles gathered around November 11 Movement call on the President of the United States Donald Trump, for assistance in regaining war reparations from the governments of Germany and Russia.

Achieving this historical justice is not only important for moral and historical reasons, but it also plays a key role in Poland becoming a strong ally of the United States, particularly in the face of the threat that arises in Europe and Asia in the form of a new Empire of Evil.

At the same time, we also declare that if God entrusts the government in Poland to us, we are ready to transfer an appropriate part of the compensations recovered for World War II to the State of Israel, whose citizens and their ancestors as Polish citizens experienced a great deal of misfortune and property loss, as a result of murderous policy of Hitler’s Germany and Stalinist Russia.