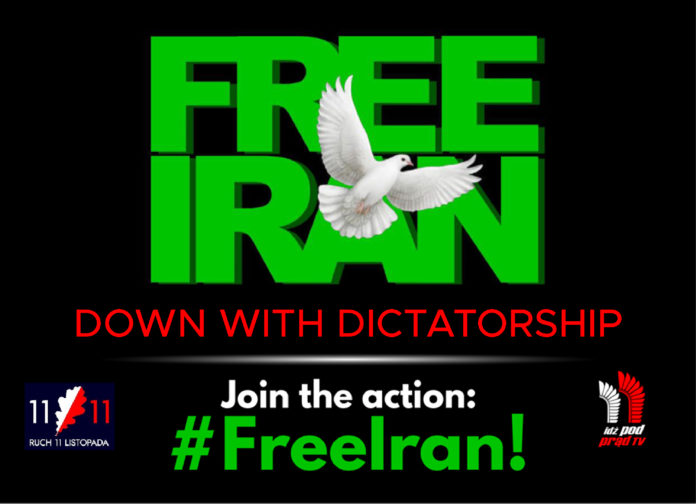 The Polish people are forever grateful to the Iranian people, for their hospitality during the Second World War and for allowing Gen. Anders’ army to pass safely through Iran, on their “Trail of Hope” towards their battle for freedom in Middle East and Europe.

Our nation has fought for our freedoms and simultaneously the freedoms of other nations, many times in the past. Today the oppressive Islamic regime of the Ayatollahs in Iran is celebrating their #40YearsOfFailure, murdering Iranians, abusing almost every human right there is and sponsoring terrorism world wide.

We freedom loving Poles support Iranian in their aspirations for freedom. To choose which religion they want to practice, how they want to dress or raise their children; the right for life liberty and the pursuit of happiness.