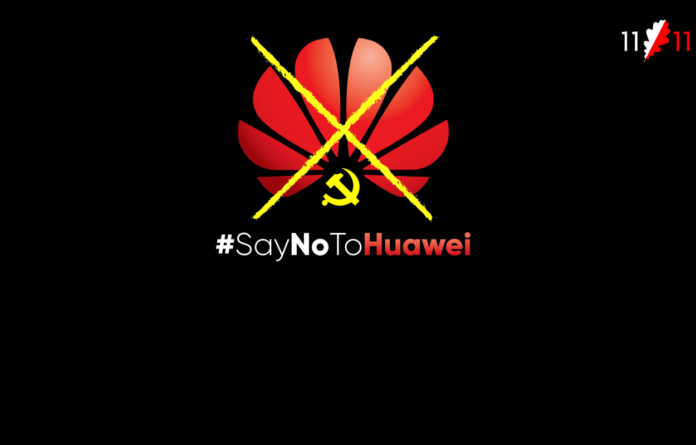 On February 3, the first truly anti-communist, biblically founded Polish political party, November 11 Movement, launched a petition to the Polish Prime Minister, Mateusz Morawiecki, in which it calls on the Government of Poland to break all state agreements with Chinese telecommunications company Huawei:

Huawei, a potentate in the field of electronics and computer science, is based in the communist totalitarian state of China. Therefore, there is a serious concern that it is being used by the Chinese government for hostile activities against the countries of the Free World.

The Chinese law obliges Chinese companies to cooperate with the communist intelligence services.

We saw an example of such cooperation when the director of the Polish branch of Huawei has been arrested in Poland on suspicion of espionage.

The governments of the USA, Australia, New Zealand, Japan, the Czech Republic, the United Kingdom and even France, have warned against threats of Huawei to their country’s cyber security. United States has called on its allies to give up the services of this communist company.

November 11 Movement calls on the Government of the Republic of Poland to immediately break all state agreements with Huawei, particularly the upcoming effort of
building the 5G network.