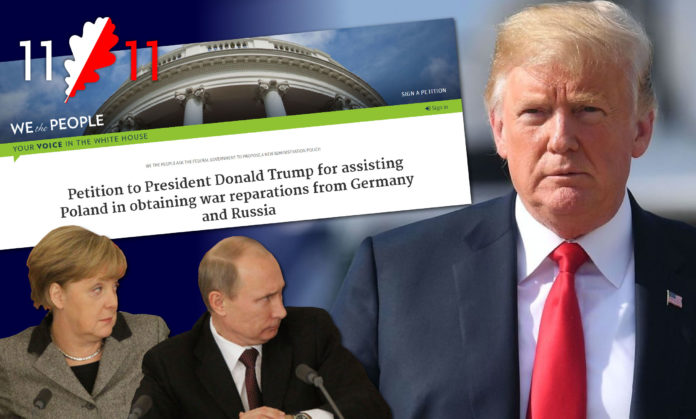 Thanks to the consistent policy of the United States of America, many countries and nations have already received adequate compensation for World War II. Unfortunately, in 1944 the Polish nation was left under the Russian occupation and has not yet received just compensations for the wrongs inflicted by German and Russian aggressors.

Free Poles are appealing to the USA, the victor in World War II and the guarantor of the post-war agreements, for assistance in regaining war reparations from Germany and Russia.

Achieving this historic justice is important for moral and historical reasons. Moreover, it plays a key role in helping Poland become a strong ally of the United States, in the face of the threat that arises in Europe and Asia – a new Empire of Evil. Please check your mailbox and confirm your vote there!