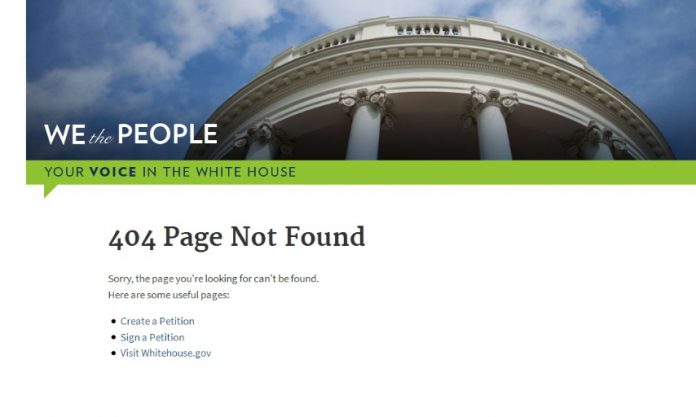 Yesterday, in the night hours, there was a hacker attack on the White House website, where civic petitions are placed (after collecting 100,000 signatures within a month, the case goes to the US government). On April 13, a Polish political party November 11 Movement launched the collection of signatures under the following petition:

We the Free Poles wish to make a plea to you, Mr. President, as the leader of the Free World, in the face of our country`s helplessness, to initiate an international investigation into the 2010 plane crash in Smolensk, Russia, which killed the Polish President, along with 95 representatives of Poland. Those on board were on their way to the 70th commemoration of the Katyn massacre of Polish intellectuals, politicians and military officers by the Russians in the Second World War.

Leaders of the November 11 Movement, the only anti-Communist and Biblical party in Poland`s history.

Link to the petition: https://petitions.whitehouse.gov/petition/petition-donald-trump-calling-international-investigation-smolensk-plane-crash-april-10th-2010 Over 40,000 signatures were collected in just over 10 days and the action was gaining momentum. Obtaining 100,000 signatures was, therefore, a matter of a few days. However, on the night of 23/24 April, the number of signatures first began to change back and forth. Then, a graphic message appeared (green bar) and said that the necessary signatures had been already collected, although the counter showed only about 40,800 signatures. Then, our #PetycjaSmoleńskaDoTrumpa disappeared. This morning it is still unavailable (shows error 404) and it is not on the list of petitions on the White House website.

The full text of the petition: http://ruch11listopada.pl/aktualnosci/a-letter-to-president-donald-trump/